Please follow this link to our patient information leaflet: Sentinel_Lymph_Node_Biopsy_Procedure[10964.1]

These are explained below.

This is a nuclear medicine scan and is also referred to as a ‘lymphatic drainage scan’ (or a mapping test). This procedure is usually done the day before your operation. You do NOT have to fast (starve) before this test. 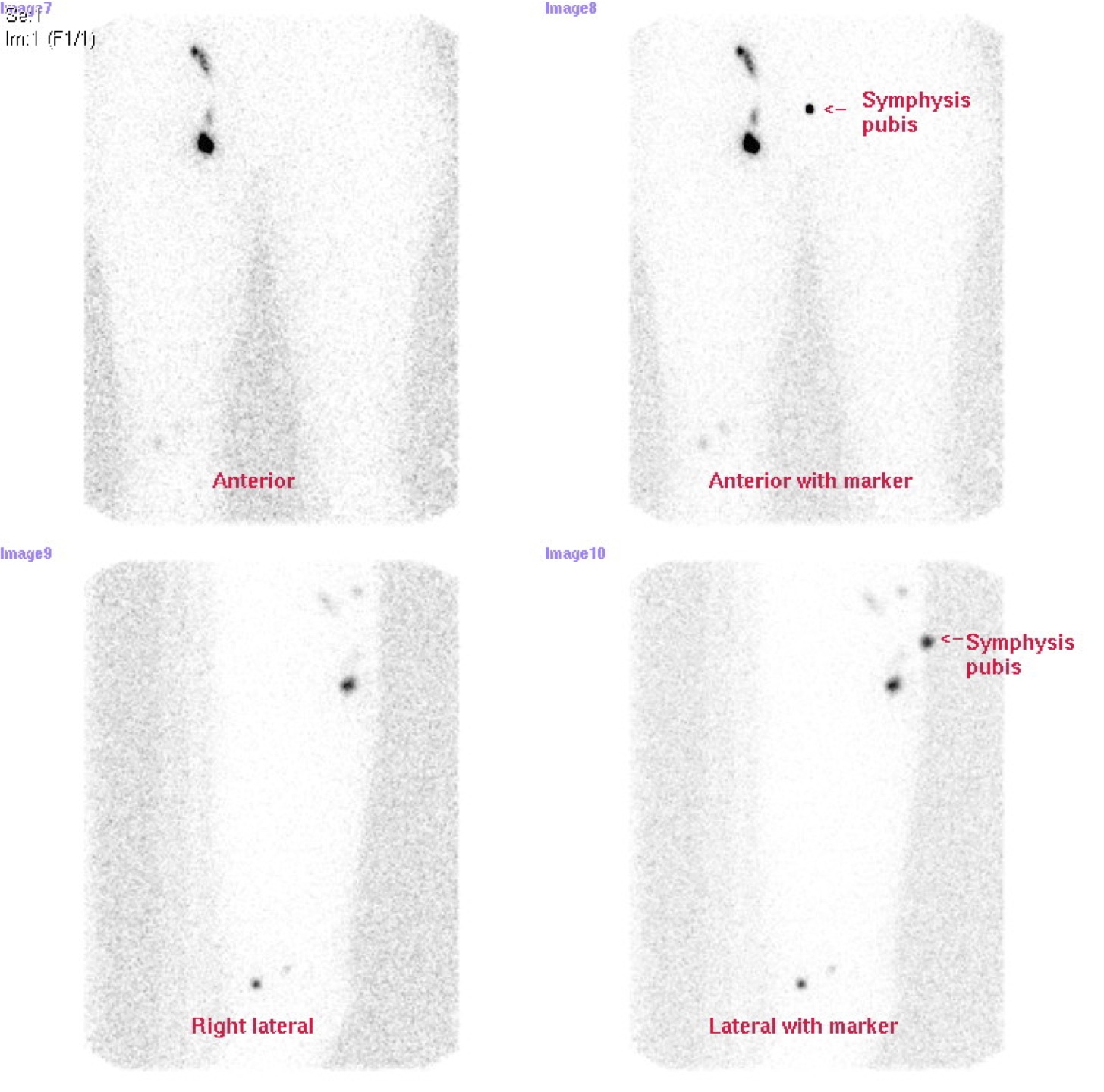 Why is this test needed?

The purpose of the test is to accurately identify the location of the lymph nodes that drain the field around the melanoma. This regional lymph node field might be at risk for containing metastatic disease.

How is it done?

A tiny dose of radioactive tracer is injected into the skin around the site of the primary melanoma. The tracer moves through the skin’s lymphatic channels and special scans are performed to determine the regional lymph node area to which drainage occurs. Scans are done immediately and 2 – 3 hours later. Although the tracer is radioactive, there is no significant risk to you from its use, firstly because the dose is so small and secondly because, in any case, it loses its radioactivity very quickly. The location of lymph nodes identified as ‘sentinel’ nodes – the first nodes on the lymph drainage pathways – will be marked on the skin with indelible ink, either in the form of little crosses or tattoos. If crosses have been marked on your skin, please try NOT to wash them off. This test cannot be done accurately after you have had a wide local excision because the surgery will necessarily disrupt the natural lymph drainage pathways from the melanoma site.

Are there any side effects?

This procedure is performed in the operating theatre. A blue dye called Patent Blue V is injected into the skin around the site of the primary melanoma. The blue dye is rapidly absorbed into the lymphatic channels and moves to the regional lymph nodes. The blue colouring will assist in identifying the sentinel lymph nodes more easily. 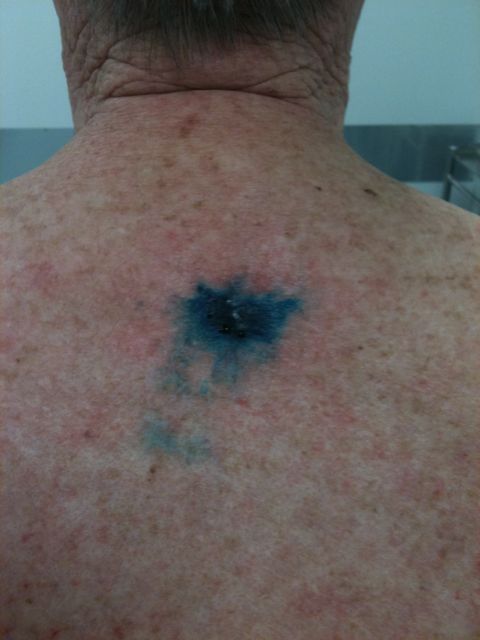 Are there any side effects?

After the intraoperative lymphatic mapping procedure is performed the selective lymph node dissection will be done. This consists of removing those lymph nodes which are first in line in the regional lymph node site and, therefore, the most likely to contain disease if it has spread. The test does not indicate whether it has spread.

This procedure is performed in the operating theatre at the same time as the wide local excision (the surgical removal of additional skin and tissue around the site of the primary (original) melanoma). An incision is made in the regional lymph node area(s) identified by the preoperative lymphoscintigram. Blue ‘sentinel’ nodes which are identified will be surgically removed and sent to the Pathology Department for examination.

If melanoma cells are found to be present in a sentinel lymph node when the Pathologist examines it, then your specialist will bring you back to clinic to discuss your treatment options. Often, however, the melanoma spread has been caught at an early stage so that nothing further needs to be done except to closely monitor you with regular scans to make sure there are no signs of the tumour coming back elsewhere.

What are the side effects?

The side effects which might accompany a selective lymph node dissection may include the following:

HAVE I GOT CANCER IN MY LYMPH NODES?

It is not possible to tell this until after your operation when the sentinel lymph nodes have been removed and are carefully looked at under a microscope. Usually there is only a small amount of cancer cells present in the nodes. This is often why we do not know if the cancer has spread to the nodes until they have been looked at under a microscope.