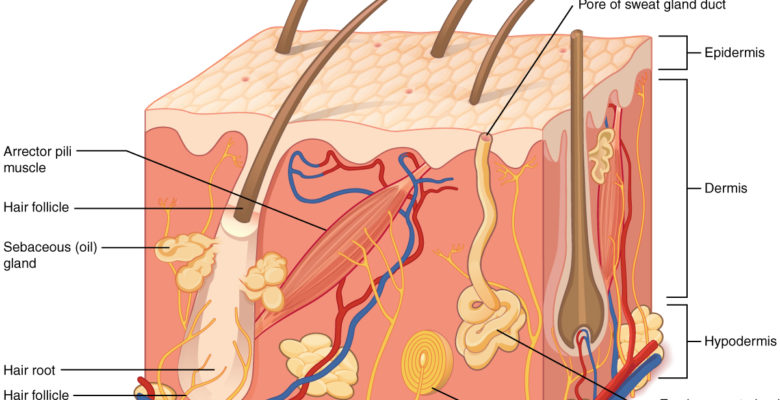 Skin is a very complicated organ that serves many functions. It is the largest organ of the body and weighs about 3kg. An adult is covered with almost 2 square metres of skin, which is enough to cover a large dining room table. 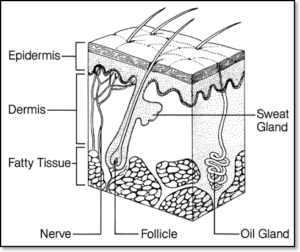 Skin is composed of three layers. Each layer is a complicated structure that contains many different specialised cells. 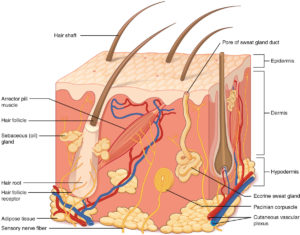 Skin performs many jobs besides just covering your body and looking pretty (or handsome). The following are some of the major jobs the skin has to carry out 24 hours a day: