Squamous cell carcinoma arises in the outer layer of the skin, the epidermis, causing mutations in cells called keratinocytes. UVB radiation is important for the induction of this skin cancer damaging DNA and its repair system, also causing mutations in tumor-suppressing genes. These mutated cells spread superficially and cause the appearance of the skin to change. When the mutated cells penetrate the dermis, the risk of metastasis increases.

Caucasian patients who have lived in tropical countries for a prolonged period are at higher risk of developing SCC. Some common squamous cell carcinoma risk factors include: 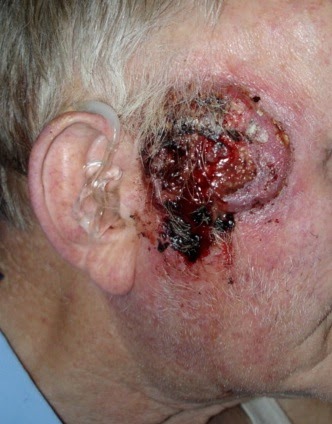 It usually occurs in areas exposed to the sun. Sunlight exposure and immunosuppression are the major risk factors for SCC of the skin with chronic sun exposure being the strongest environmental risk factor.

The risk of metastasis (spread to lymph nodes or parts of the body) is low, but is much higher than basal cell carcinoma. Squamous cell cancers of the lip and ears have high metastatic and recurrence rate (20 to 50%). Squamous cell cancers of the skin in individuals on immunotherapy (especially transplant patients) or having lymphoproliferative disorders (leukaemias & lymphomas) are much more aggressive, regardless of their location. 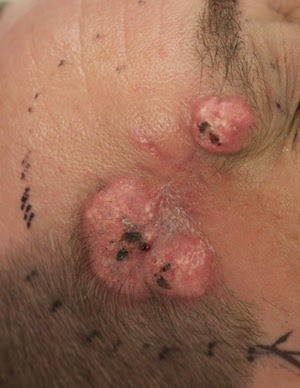 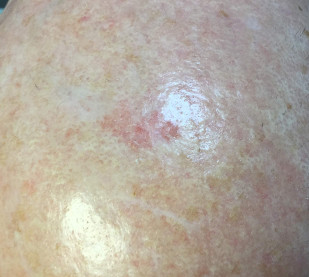 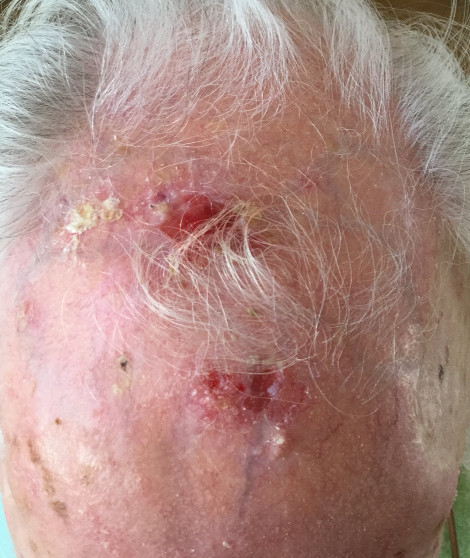 Occasionally, small actinic keratosis patches may go away on their own, but most will remain. They may be treated if they are unsightly or if they cause new symptoms such as growing quickly, bleeding or forming an ulcer. Patients with numerous actinic keratosis patches and those on immunosuppressive drugs should be assessed for treatment as they are also at risk for skin cancer.

Treatments used for actinic keratoses include the following: